The stories worth telling are the ones that make you feel vulnerable. The more vulnerable a story makes you feel the more likely it is original and interesting.

Everyone has a different tolerance for vulnerability. Some, including myself, take ourselves very seriously. We have a lot of pride and only want to be viewed in the best light. Survival in the animal kingdom relies on strength; the absence of showing weakness.

But, we are not animals. We are people. People can defy some of the seemingly natural laws.

It may be human nature to lie, to steal, and to compete in the survival of the fittest. But, we as a people have moved forward. We try to lie less and make axioms that discourage dishonesty; “Honesty is always the best policy.” We try not to steal and make laws prohibiting specific methods of theft. We try to respect and stand up for the disabled. Our cities are beginning to become ADA Compliant. We are beginning to recognize bullying as immoral. As a people, we are learning the good to do and are on the path to following it. Each day we are removing ourselves further from the law of the jungle. But, we are not fully removed yet.

Compassion for those who struggle is not all inclusive. Each year we will learn about a new struggle and adjust our attitudes toward those who do. It will take time and education. Some struggles cannot be understood by those who have never experienced them. Education begins when those with new struggles are brave enough to speak out about them. Education continues as more speak out, emboldened by the first voice.

I do not believe I am a first voice in any regard. And I’m glad. That role is a difficult one. I may just be an early voice about many topics. I believe for most of these topics I will not publish until I am a late voice, because admitting to myself in writing is a feat within itself. It is one thing to speak out to your peers who may not receive your message well, its another to not accept your own message fully.

I hope to have my hand in changing the world, for the better, by being an early voice in the future.

There are some who believe our world has become too soft. They believe that there was time when people were tougher and handled their struggles without complaint. But perhaps the truth is, they have not admitted to themselves their own struggles and have engaged in regrettable activity to conceal this reality from themselves and others.

If each of us can admit our struggles to ourselves and to others, we can become aware of them and address them. Addressing these struggles will help curb regrettable actions and conflict with our peers.

The desire to appear strong causes one to create a mask; a mask formed from defensiveness, the inability to be questioned, and potentially, preemptive hostility. This defensive posturing leads to problems that could have otherwise been avoided.

The cure is to realize that no one is perfect—ourselves included. Accepting this and accepting vulnerability allows us to open up about our struggles with our peers and this will be the path to finding a solution; not masking a problem. 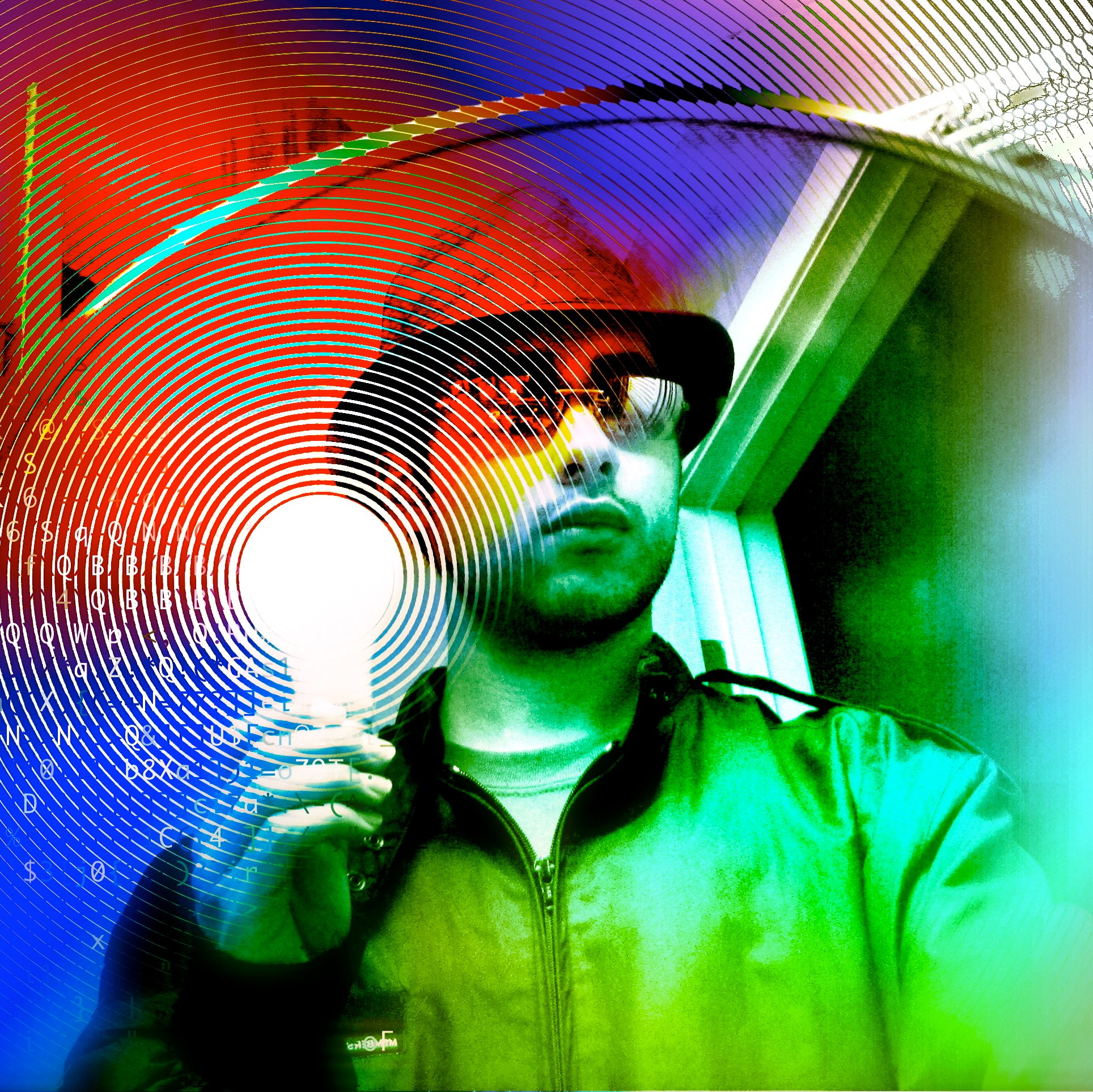 Eight years ago I designed the above artwork titled “Lighten Up (A New Perspective)” with Pixelmator.
I had lots of creative energy my Freshmen year in college. I didn’t need a reason to create. I created for the sake of creating. Being creative made me happy. I loved creating and sharing my work on Facebook.
The above artwork was created from a random photo I took in two bathroom mirrors. I held a lightbulb just to hold something unusual.
The original photo was nothing special, but a few months later I felt artsy; I decided to deconstruct the photo by distorting its hues and blend different versions together several times. The result is what I consider to be my personal masterpiece. I’m not sure I’ll ever create something as intricate or time-consuming like this again.

When scrolling on a high resolution screen the light bulb shimmers. This was achived by accident. Nothing about this work was planned. I simply listened to TobyMac’s “Showstopper” song on repeat while applying random effects to the image repeatedly until I though the artwork was done.
The photo would appear in The Best of College Photography of 2010 and would serve as the logo for Paleolithic Films for several years.
[wpvideo NjdB2Y5j]
[wpvideo mSWnRHqW]

Welcome to Episode 16 of the Camera Roll Vlog. This is a Deserted Texas special. 3 years ago, 4 friends and I embarked on a journey to the ghost town of Helena, TX. We spent 2 days filming what at the time was the biggest production we had ever worked on together. Our cameras were just a few weeks old. Got them under the tree for Christmas… and we were going to make a full-length documentary on Texas ghost towns. Despite our hard work, some footage got lost and we never got to editing our first and only Deserted Texas episode. With a little love and creativity, I’ve saved our episode so it can now be shared with the world. Learn more about Deserted Texas at https://www.desertedtexas.org

Never released video from college and hangouts with friends; circa 2011. Stumbled upon a trove of clips while looking through old hard drives. There are so many clips that I’ll have enough content for several episodes. To those who appear in this video, thanks for being a part of my life. It’s memories like these that make you appreciate the finite time we have on this earth.

I started a new YouTube series called the “Camera Roll Vlog”. Every day I hope to release a new video that includes video clips and photos from my camera roll. I’ll either set these clips to music or talk about them. The format is freeform. I don’t promise anything. The point is simply to create and share on a regular basis.
I have also opened my vlog to viewer submissions via a telephone number that I display in most of the videos. I don’t publish the number outside of the video to reduce spam callers. When someone calls the number they are sent straight to voicemail and I am then able to take their voicemail and drop it into the show.
I felt it was important that I kept the Camera Roll Vlog series going; not because it’s my best work, but because I need to get in the habit of producing new content regularly. I also use this as a remedy to counter my perfectionism. In these vlogs, I try to be as genuine as possible.

Never released footage of Bonaparte Gulls up close on the beach. Originally filmed on June 5, 2011, I had intended to use this in future video projects while attending the University of the Incarnate Word. The stockpile was never used. When I purchased my first High Definition camera (an iPod Touch); my footage stockpile looked dated and was abandoned.

It’s been awhile since I last posted a new episode. I’ve been busy working on other projects… long story. Thanks for subscribing to my channel! Don’t forget that you can call in to have your voicemail included in future vlogs.

like to capture everything. I know I’m not the only one so this episode includes viewer submissions and voicemails describing their photos. Thanks to all who participated! The number is in the video. Follow me on Twitter @agarciatv https://twitter.com/agarciatv

In an attempt to simulate an authentic dream. Episode 10 mixes clips from my camera roll with an excerpt from the 2010 short film: A Night Before the Final Tomorrow. With no opening titles, disorienting sudden beginning and abrupt end; Episode 10 will incite that bewildered feeling you get after a strange dream. Let me know what you think! Leave a voicemail. The phone number is in the video.
Original Version: A Night Before the Final Tomorrow (2010)

Watch to the end to learn about an opportunity to appear in my vlogs! I will be opening my vlogs up to viewer submissions. Text your photos to the number in the video or text a link to your video clips. Then call the number and leave a voicemail describing your video/photo. Please include your name and where you are from!
Follow me on Social Media
Twitter @agarciatv | https://twitter.com/agarciatv
Instagram https://www.instagram.com/agarciatv
Patreon https://www.patreon.com/agarciatv